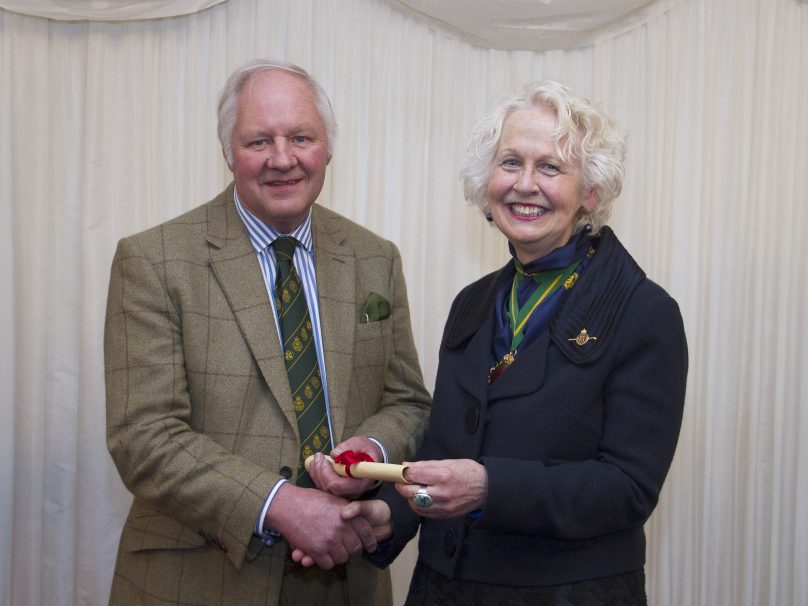 Long-time Royal Cheshire Show supporter and pillar of the farming community, Tony Garnet receives Fellowship of the Royal Agricultural Society in recognition of his outstanding contributions to UK agriculture and rural progress.

Born on the Cheshire farm where he has raised his family and built up the hugely successful Fullersgate pedigree Holstein Herd for over 30 years, show Chairman Tony has been involved with the Royal Cheshire Show since the early 80’s when he started as a volunteer on site. Since then he has worked hard to promote farming with posts across the British agricultural industry and forged unique bonds with the Royal Family, facilitating visits and patronage of the show.

Speaking from the showground Tony said, “I am honoured to have received the fellowship from the Royal Agricultural Society. One does not seek out recognition but at the same time it is fantastic to receive acknowledgment of hard work from such a high profile peer review.” Established in 1970 the awards are administered by CARAS (The Council for Awards of Royal Agricultural Societies) and are presented to a select number of Associates following a gruelling assessment process.

No stranger to awards, Tony’s family business Garnett Farm Engineering was awarded The Queen’s Award for Industry (Innovation), for Andrew Garnett’s AG Dispenser, which is now distributed around the world.

With a background firmly rooted in the Dairy Industry Tony has shown cattle for over 20 years, “Show stock production is an important element in the continuing improvement of the quality of our Dairy herds. Show animals are the elite – a benchmark to which breeders aspire and strive to emulate.”

The Royal Cheshire County show has been the premier summertime agricultural event in the North West of England for over 175 years. In 2016 the show reached an exciting milestone in its rich history when the Cabinet Office bestowed the honour of ‘Royal’ status on the show. This year’s show is on the 20th and 21st June 2017.

This year introduces a brand new main ring attraction – The Four Seasons of Farming. During this unique display spectators are taken on a journey through the farming calendar – introducing them to the leviathans of modern farming technology. Reflecting the different agricultural processes deployed throughout the year, the display will capture the imaginations of young and old with demonstrations of the fascinating processes involved in modern farming.