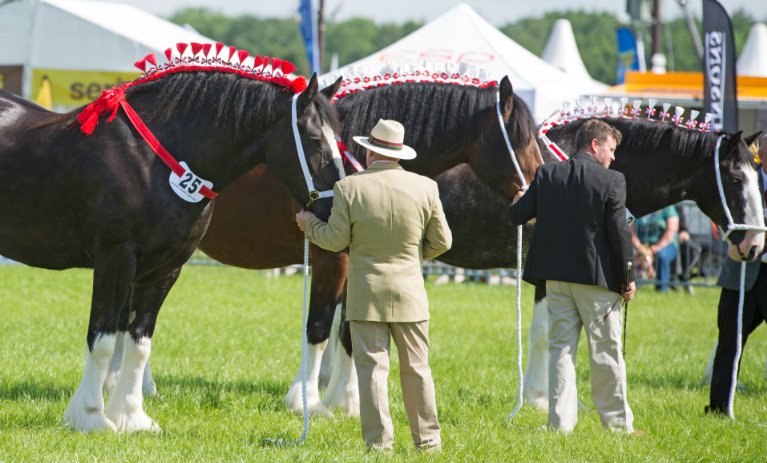 Mrs Delma Nulty, from Bosley, is the current chief steward and vice chair of the Royal Cheshire County Show’s Shire Horse Section and is the first female judge of the HOYS Championship which was introduced in 1974.

A spokesperson for HOYS, scheduled for October 4-8 at Birmingham’s NEC, said: “Each year, Horse of the Year Show judges are selected by our Judges panel.

“The class itself was held at HOYS from 1974 to 1999. It then returned to the show in 2008 and continues to see new faces come forward each year to contest the much sought after title.”

Mrs Nulty commented: “Of course I am over the moon at this appointment and to be the first female is a great achievement.

“I hope it sets an example for young women with a love of horses to pursue ambitious careers.”

Mrs Nulty was responsible for more than 100 entries into the the Shire/Heavy Horse Section at the 2016 Royal Cheshire County Show.

“We are extremely proud of her latest achievement at HOYS which is a testament to the high quality of competition and judging year-on-year under Delma’s leadership at the Royal Cheshire County Show.”

Tickets are now available for the next Royal Cheshire County Show on June 20-21 a, near Knutsford and discounts apply for early purchase.

Traders are also invited to book now to secure their preferred location within Tabley Showground for this highly anticipated summertime event!