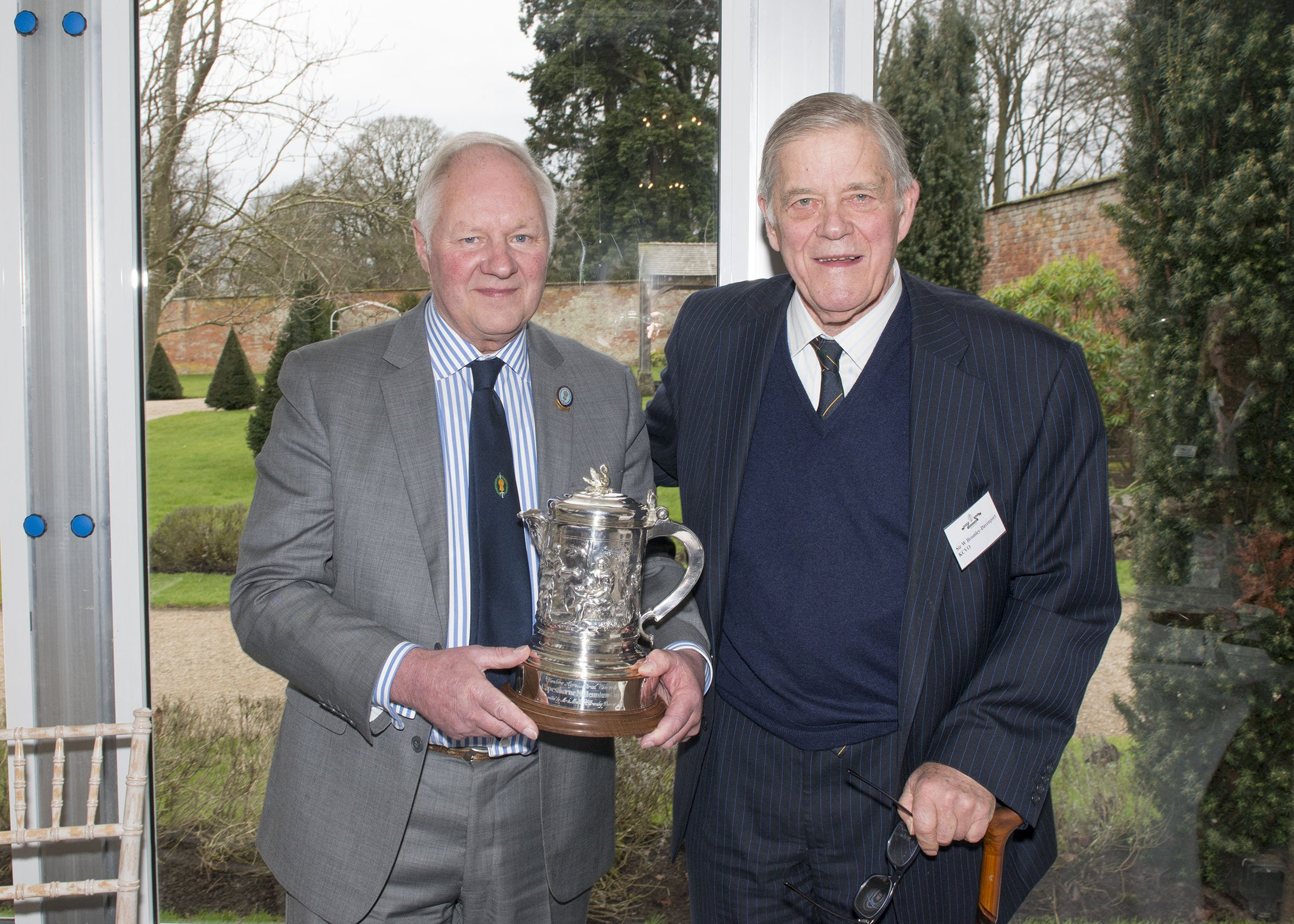 The Cheshire Agricultural Society is delighted to announce its chairman, Tony Garnett DL ARAgS, as this year’s recipient of the Capesthorne Millennium Cup.

The Capesthorne Millennium Cup is awarded for “exceptional endeavour in promoting the interests of agriculture or countryside-related activities in Cheshire”.

The announcement was made recently at the Cheshire Agricultural Society’s Annual General Meeting at Combermere Abbey in Whitchurch.

In response to receiving the accolade, Tony, pictured above receiving the cup from Sir William Bromley Davenport KCVO, said: “I am absolutely delighted.

“We do various things for the benefit of the county and I don’t really expect to be rewarded for them but it is an honour.

“I’m involved with 10 or 12 very worthy organisations and I get pleasure in doing that. The main thing of course is the Royal Cheshire County Show itself.”

The Capesthorne Millennium Cup was kindly donated by Sir William and Lady Bromley Davenport of Capesthorne Hall and was awarded for the first time in 2000.

The award is administered by the Cheshire Agricultural Society through a small committee, chaired by Sir William Bromley Davenport KCVO.

The trophy is in the form of an antique silver tankard with lid and finished with a swan finial.

Each year the Cheshire Agricultural Society seeks nominations from organisations concerned with agriculture and the countryside in Cheshire, which include but is not limited to the National Farmers Union (Cheshire branch), Cheshire Federation of Women’s Institutes, Nantwich Agricultural Society and Western Holstein Club and others.

Tony’s broad and extensive association with Cheshire farming community was considered in the decision to award him the Capesthorne Millennium Cup.

Specifically, Tony has been: