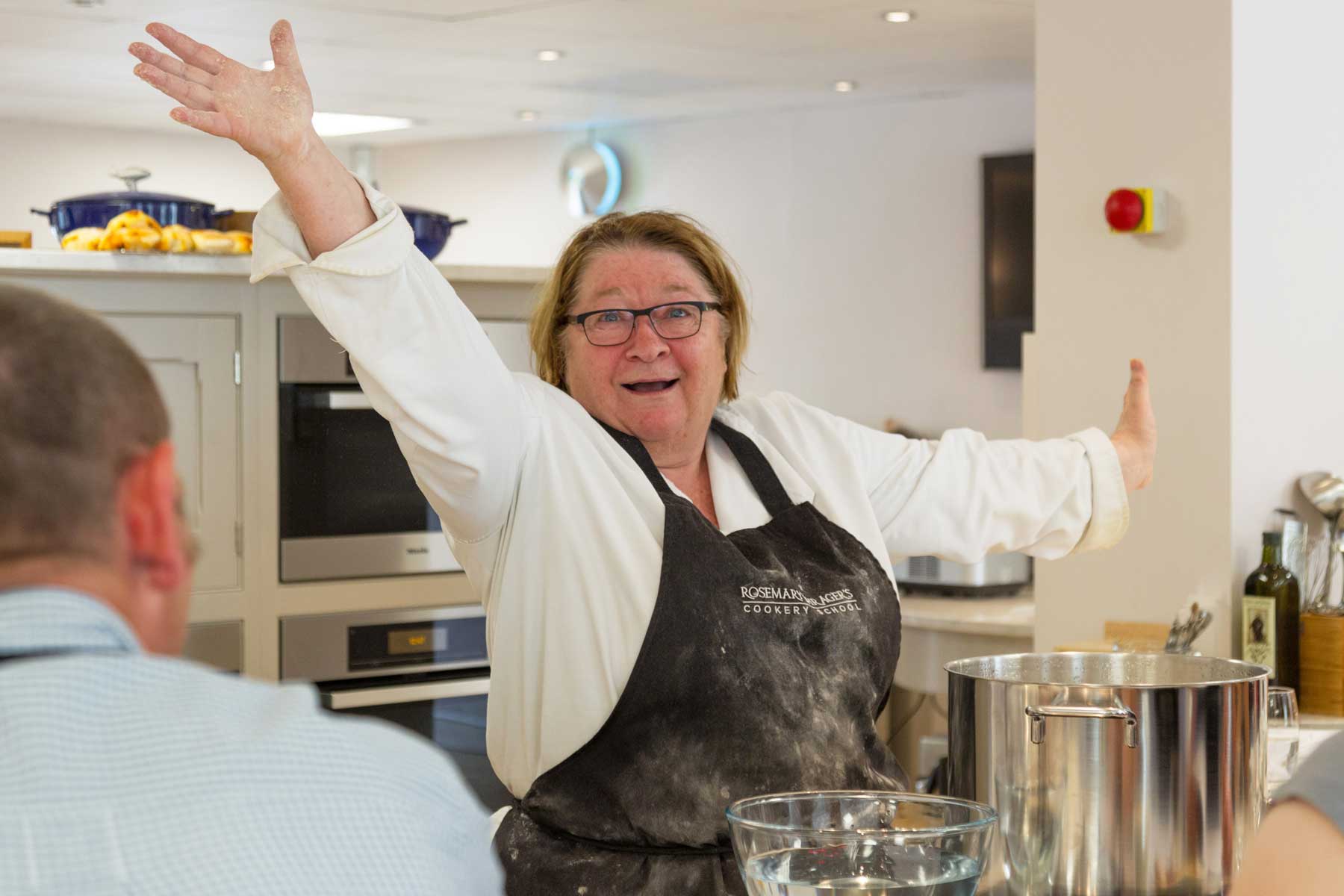 The Royal Cheshire County Show is pleased to announce Rosemary Shrager as the Celebrity Chef at this year’s Show.

Celebrity Chef, Rosemary Shrager will be showcasing her culinary expertise by hosting two demonstrations per day within the Roberts Bakery Food Live Theatre, which also welcomes back local chef Sean Wilson for his third year. Rosemary will also be holding two shorter appearances per day, one in the Morrisons Agri Centre and another in the Reaseheath College exhibition.

Working under Pierre Hoffmann at the prestigious London restaurant, Tante Claire, Rosemary began running her own cookery courses at Amhuinnsuidhe Castle and Swinton Park before opening a cookery school in Tunbridge Wells. Rosemary has grown to become a household name after being on I’m a Celebrity, Get Me Out Of Here as well as being a judge on The Big Family Cooking Showdown.

Show Director of the Cheshire Agricultural Society CIO, Rob Davenport comments; “The Cheshire Show gets bigger and better each year and this year is not an exception. We’re really pleased to have Rosemary Shrager as our Celebrity Chef at this year’s Cheshire Show.

“We can’t wait to see her mouth-watering demonstrations, along with a long list of exciting attractions that the public have to look forward to”,

Those who have already bought tickets for this year’s Show can also expect to see the highly-anticipated Big Pete and the Grim Reaper Monster Trucks, as well as the Dzhigitovka Horse Show at the Main Ring.