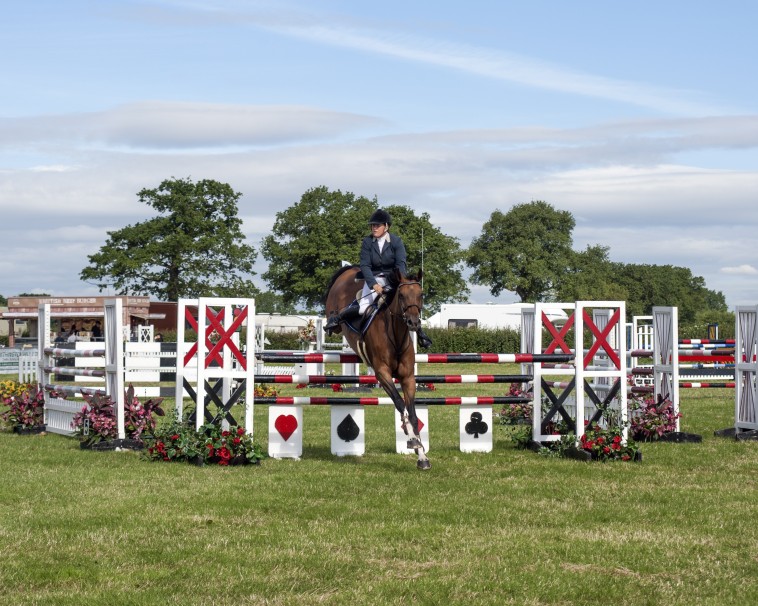 Exciting details can be revealed to give British Showjumping competitors a taste of what they can look forward to at the Royal Cheshire County Show on June 21 and 22.

The section is the responsibility of Chief Steward Karen Lamb of Tarporley who said she was delighted to announce new competitions plus a brand new initiative to boost competitor comfort at the Show’s inaugural royal event in 2016.

“Running concurrently with our normal schedule, we are holding three qualifiers for The Game Fair which used to be known as the CLA Game Fair but is now a stand-alone event, in both our Newcomer and Foxhunter classes,” she said.

“There are 10 qualifiers around the country at county shows in both Newcomer and Foxhunter classes with the first six double clear rounds at each county show qualifying to compete for fantastic prize money at the finals at the Game Fair on 31st July this year.

In addition, riders and owners will have a brand new, private seating area alongside the Showjumping arena where light refreshments will be served.

“This will allow competitors somewhere to sit and enjoy the action whilst enjoying a cuppa,” Karen said.

Show Executive Director Nigel Evans said: “British Showjumping at the Royal Cheshire County Show is going from strength to strength as the diversity of our first-class competition offerings continues to grow.

“There has never been a better time to get involved in Showjumping at the Royal Cheshire County Show as a competitor or as a spectator where you can be sure you are watching the best of the best.”

Judges for the British Showjumping Section for the 2016 Royal Cheshire County Show have been named as Mr R Barker of Cheshire , Mr A Pollard of Lancashire and Mr J V Thomson of Staffordshire.

Special price early bird tickets are available for purchase at the ticket section of our website.