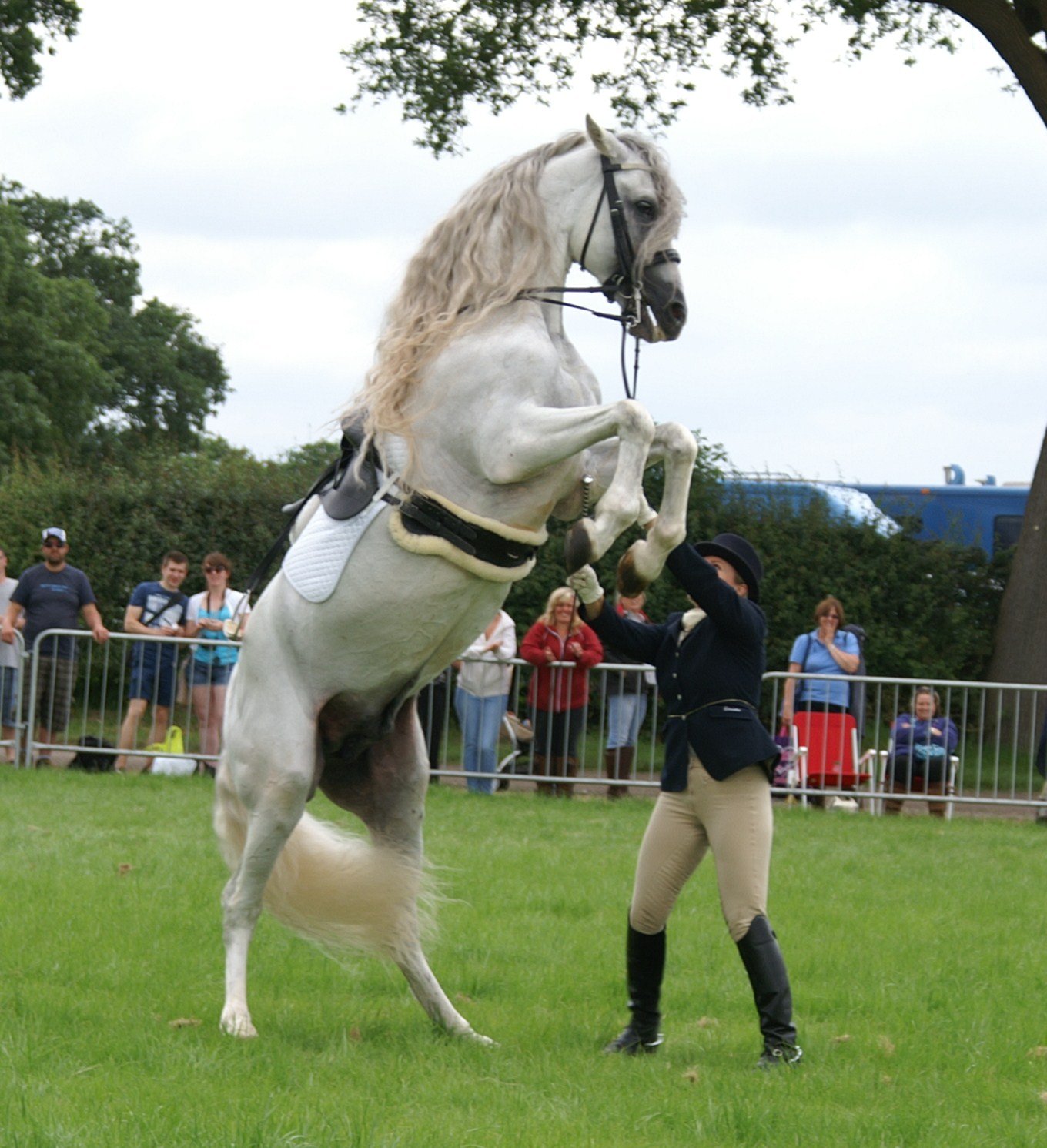 Visitors to this year’s Royal Cheshire County Show are set to be impressed by a captivating new World Breed Horses Parade Spectacular inside the main ring.

This eye-catching display, part of the Light Horse Section, will bring together horses from Spain, Portugal, Denmark, Norway, the Netherlands and the USA in national costume for a unique, 30-minute event that’s not to be missed.

Mr Mike Daley, Chief Light Horse Steward at the Show since 1980, said: “When they’re in the ring, the audience is going to be amazed.

“The majority of these horses have been imported by their owners but some are British-bred.

“It really will be a sight to see – we are sure visitors will impressed.”

“The Lusitano for example is one of the oldest breeds and can be traced right back to 1,700 BC through cave paintings in Portugal,” she said.

“The breed originated in the rough, hilly areas of Portugal which produced an agile, hardy, brave and very intelligent horse who, along with his Spanish cousins, travelled the globe as a war horse and contributed to the bloodlines of many other breeds throughout Europe and the Americas.

“The Lusitano remains at the heart of Portuguese culture – it is very much a working horse used in the fields to herd bulls and cows.”

The World Breed Horses Parade Spectacular is scheduled on the first day of the Show (Tuesday, June 21) inside the Creamline Dairies Main Ring at approximately 4.55pm.

The Light Horse Section of the Royal Cheshire County Show is also one of the major shows for Horse of the Year Qualifiers.

Mr Daley said the section had also received record entries for Welsh classes: “The Welsh breeds at Cheshire are recognised as second only the Royal Welsh Show, held in July.”

The next Royal Cheshire County Show is on June 21-22 at the spectacular 300-acre Tabley Showground near Knutsford.

Tickets are now available for purchase via this website.

Photo by Gloria Wright: Janine Pendlebury Lee and Mrs Pamela Davies’ Spanish PRE (Pura Raza Española) Duque, Reserve World Breeds Champion at Cheshire in 2014 who will be returning to the show this year.  They have won many Championships, including Royal Windsor 2015 and 2016.