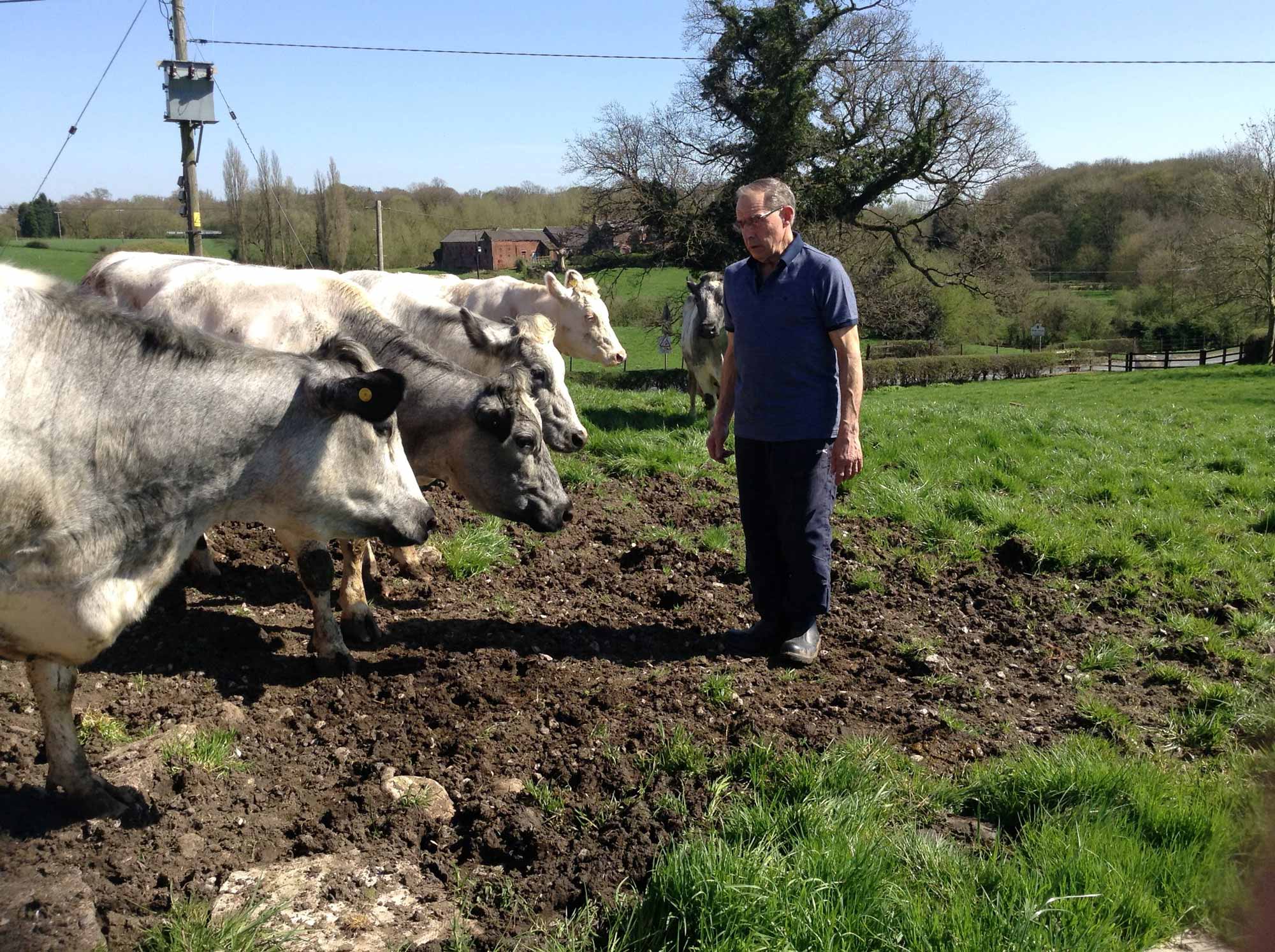 Commercial dairy and beef farming has been at the heart of Cheshire farming for centuries, with land and stock passed down the family. The Royal Cheshire Show once again is hosting dozens of cattle classes, designed to showcase the finest the county (and beyond!) has to offer.

We took some time out of the excitement of show prep to catch up with the vice chairman of the Cheshire Agricultural Society, chairman of Cattle Committee and producer; John Ball who spoke to us about his very special breed of cattle; the Blue Albion Cattle, of which there are only around 150 in the country.

The decline of the Blue Albion began after the end of the second world war when the focus was on producing as much food as possible, and as a result, the Blue Albion became a less popular breed.  John’s first sighting of Blue Albions left a very vivid impression, when travelling through Alderley Edge in his late teens, and being born into a farming family, it became his mission to become an owner.

John started his breed in 2000 when he purchased 3 pedigree Blue Albion Cattle, from the very owner he had seen as a young man. He has now grown this number to 28, of which he is the only farmer to use for a dual purpose; milking and beef production. John has been showing animals for over 40 years. During some of this period, John was showing his Brown Swiss cattle and he was responsible for securing classes for Brown Swiss cattle at the Cheshire Show, making it the first Show in the country to do so. John’s passion has always remained in the taking part as opposed to winning. It is the camaraderie among competitors that he treasures.

The Blue Albion now face interesting times as the Rare Breeds Survival Trust are being urged to classify Albion Cattle in the ‘rare breed’ category to allow them to be recognised as endangered. A meeting for interested parties was held last year and the “Albion Cattle Society” was formed, of which, John was appointed Chairman.

John is hoping to have some Albion cattle at the Show. Make sure you go along to the cattle marquee and take a look.