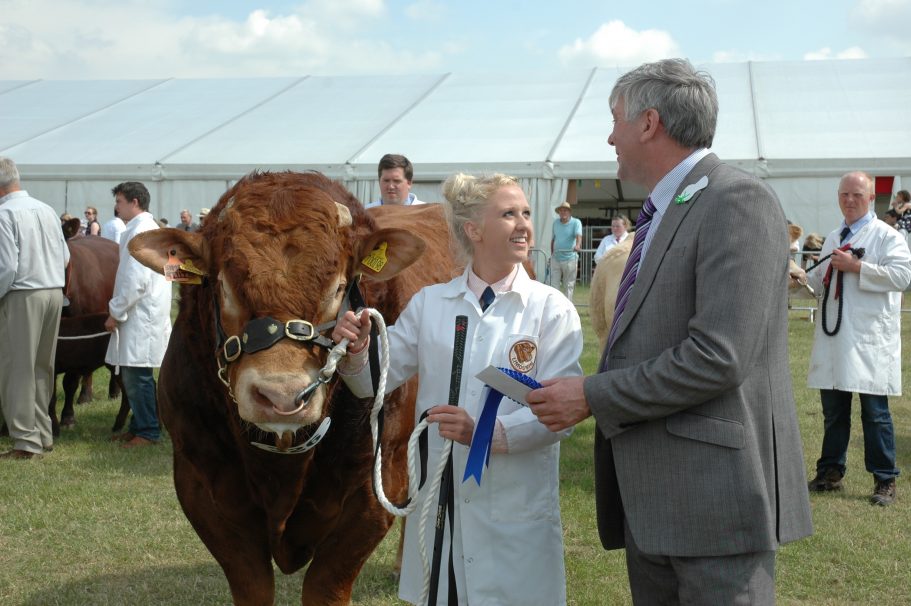 HER Royal Highness The Countess of Wessex will be visiting this year’s spectacular The Royal Cheshire County Show, which gets underway next week.

The show, which is held at the Tabley Showground near Knutsford, is expected to attract around 80,000 visitors over two days on Tuesday, June 23 and Wednesday, June 24.

And the crowds will have plenty to enjoy at what has become one of the UK’s leading agricultural shows.

Chairman of The Royal Cheshire County Show Tony Garnett said: “The Cheshire Show is such an important part of our community and remains a great focus for agricultural excellence – I am especially looking forward to this year’s show as we are delighted to be welcoming Her Royal Highness The Countess of Wessex as our 2015 President.

“So many people go into making the Show such a tremendous success and it will be an honour to share their stories with The Countess.”

The show remains focussed on the county’s rich agricultural history and is renowned for its cattle classes, which will be bigger again in 2015 with the much anticipated Long Horn Society National Show.

The show also boasts a championship standard poultry section, one of the largest light horse entry of any county show in the country and a dog class with well over 2,000 competitors.

Other livestock classes this summer include sheep, pigs and goats with entries expected to be up on previous years.

Chairman Tony Garnett added: “Cheshire is well known for its thriving and vibrant farming community and, as always, this year’s show will be a true reflection of all that is good and great about it.”

Equestrian lovers can prepare themselves for an action packed schedule at this year’s event with the horse section set to be the biggest yet with around 3,500 entries competing in more than 230 classes and a further 20 Shire horse classes.

The 260-acre showground will also host more Horse of the Year Show (HOYS) qualifiers than any other event in the country with more than 50 different classes competing for the top spots.

As always, farming will remain at the heart of the show with the Sainsbury’s Agri-Centre providing a focal point for farmers, butchers, cheese makers and a whole host of other producers and suppliers to educate the public on the industry and how their food makes it to the supermarket shelves.

The Creamline Dairies Main Ring will be offering a jam-packed schedule throughout the two days with sensational displays from birds of prey, the pony club and the grand parade of champions.