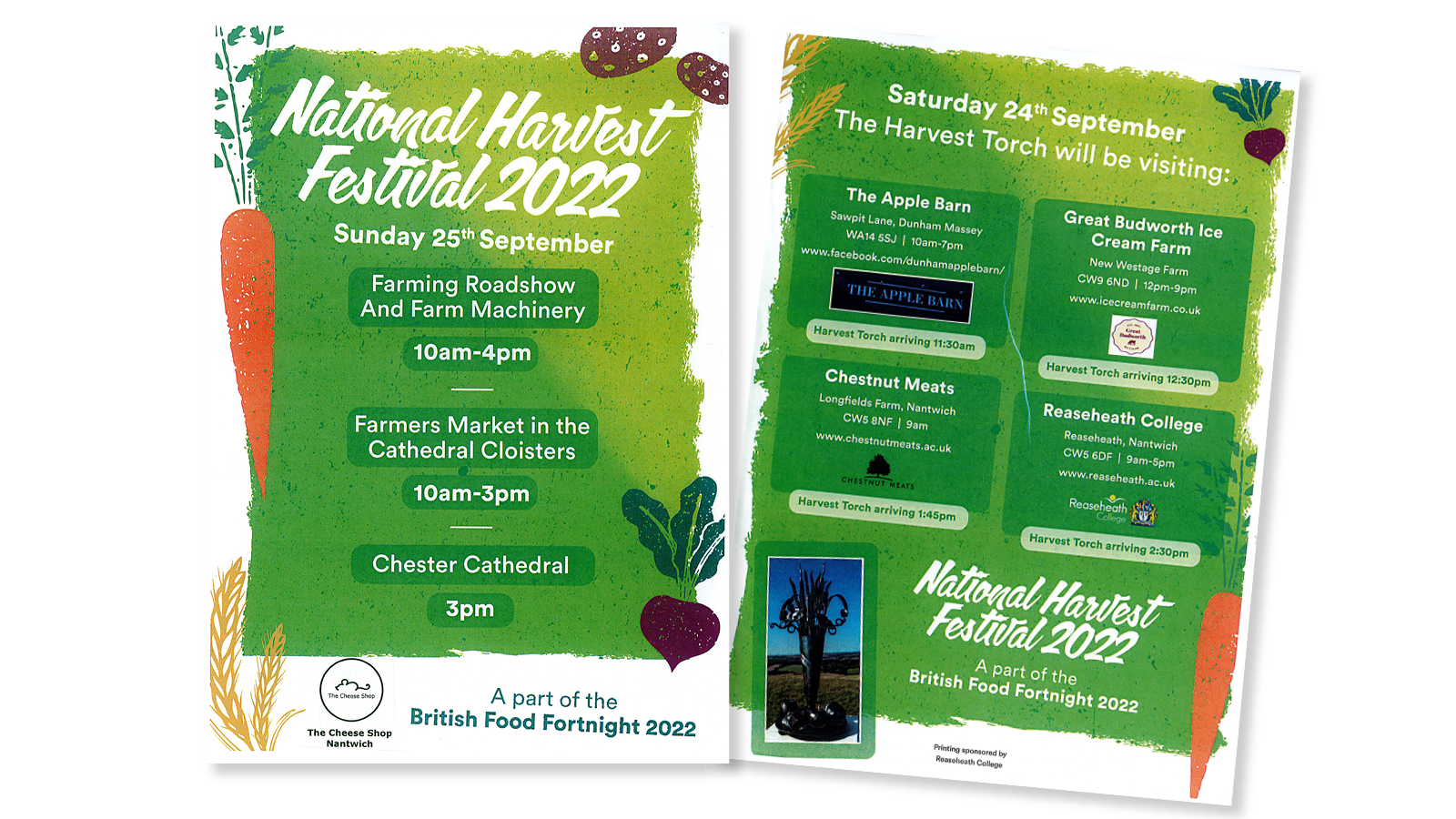 The first was held in Westminster Abbey, the first harvest service to be held in the Abbey for nearly half a century.

It is now held every year, each time in a different part of the country during British Food Fortnight.

A Harvest Torch is handed from city to city with the National Harvest Service. It is a specially commissioned sculpture depicting harvest’s natural bounty and is the farming community’s answer to the Olympic Torch.

This year it’s heading to Chester and Cheshire where members of the public will be able to enjoy the best produce the county can offer while viewing the Harvest Torch, thanks to a special roadshow and series of events organised by a group of people headed by Revd Anne Lawson, Vicar of The Cross Country Parishes of Acton, Church Minshull, Worleston and Wettenhall and Chaplain to the Cheshire Agricultural Society.

On Saturday 24 September the Harvest Torch will be visiting the following places:

Then on Sunday 25 September, the main event takes place at Chester Cathedral. Firstly, a Farmers Market will take place between 10am and 3pm in the Cathedral Cloisters. This will be followed by the service itself which begins at 3pm.

Revd Anne Lawson said: “Organising this event in Chester has given me the impetus to bring to life an idea I’ve had vaguely swimming around in my head for quite some time. I wanted an event that would focus in on raising the profile of really excellent quality locally produced food.

“Having the Harvest Torch visit these four special places will certainly achieve that, as will our farmer’s market. I’m very grateful to The Cheese Shop in Nantwich for being our principal sponsor and their generous donation to make this happen.”