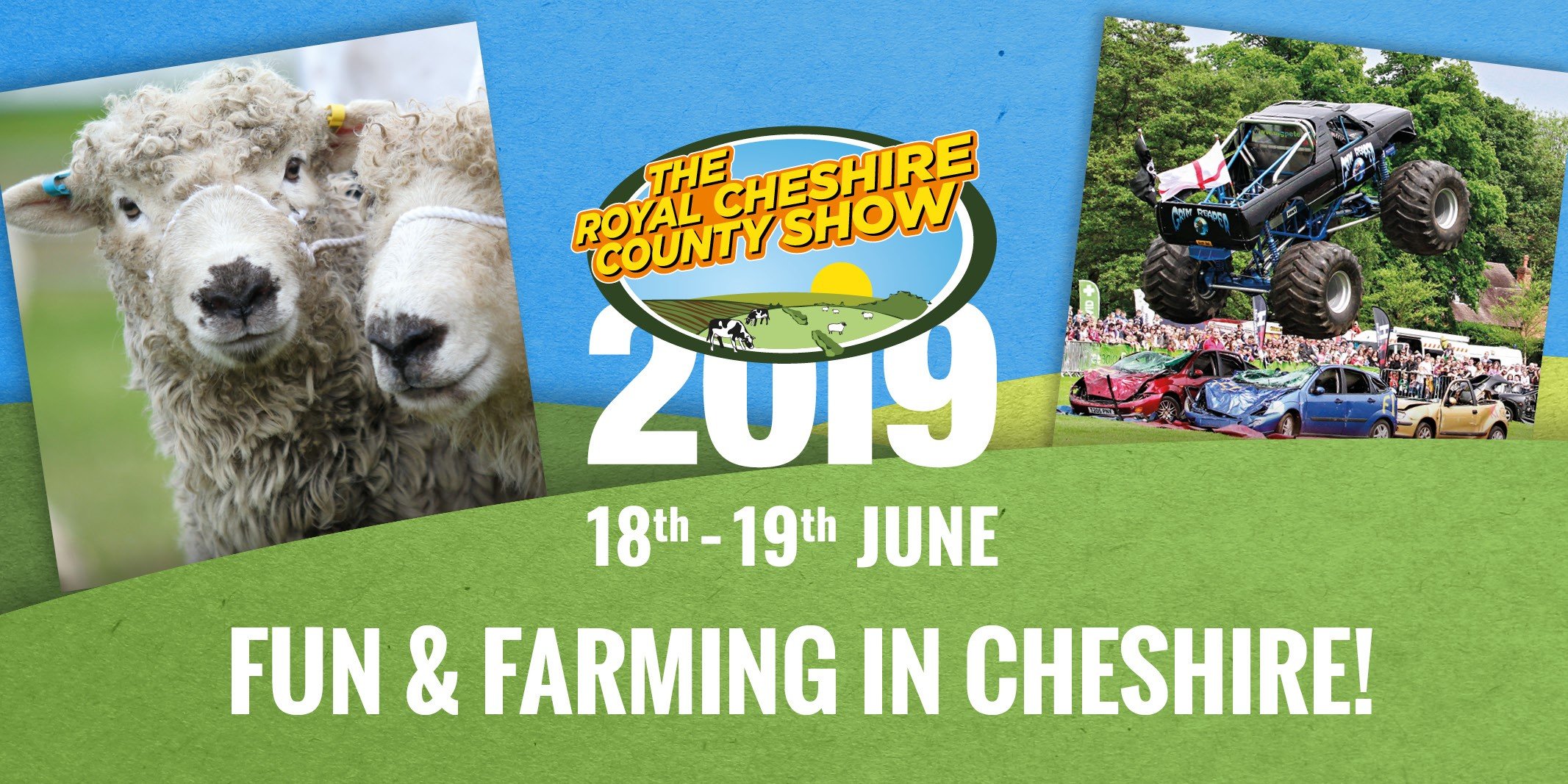 The Royal Cheshire County Show is pleased to announce a jam-packed Show schedule which includes an amazing line-up of exhibitions, demonstrations and new, exhilarating performances.

This year’s Show also plays host to hundreds of livestock classes, including cattle, sheep, goats and pigs, as they all compete for the many coveted trophies available. The Agri – Centre is also a must-see experience for those who wish to learn how food is produced by our Cheshire farmers, with local farmers feeding calves, holding milking and sheep shearing demonstrations, along with many other presentations including veterinary care, butchery, ice cream making, and bread making.

For an audience which wants to escape the hustle and bustle by enjoying musical performances, The Roberts Bakery Band will be making their Show debut performing around the Showground on Tuesday 18th June. The band will be playing a broad range of popular music to entertain an audience of all ages, with musical renditions including Queen and Rag ‘n’ Bone Man.

This year’s Main Ring, sponsored by Delamere Dairy, will host an action-packed performance by Big Pete & the Grim Reaper Monster Trucks, where the 7.5tonn Trucks will wow crowds by jumping up to 15ft in the air, crushing everything in their path. Also taking centre stage in the Main Ring will be the International Dzhigitovka Show, an unparalleled performance of horsemanship and daring skill showcased by the Cossack Trick Riders, National Squad Dzhigitovka Competitors and World Championship Performers.

“We are proud to organise such an extravagant event for the public to enjoy each year, and this year’s Show promises exciting new attractions to suit an audience of all ages, including lots of thrilling performances and celebrity guests!”