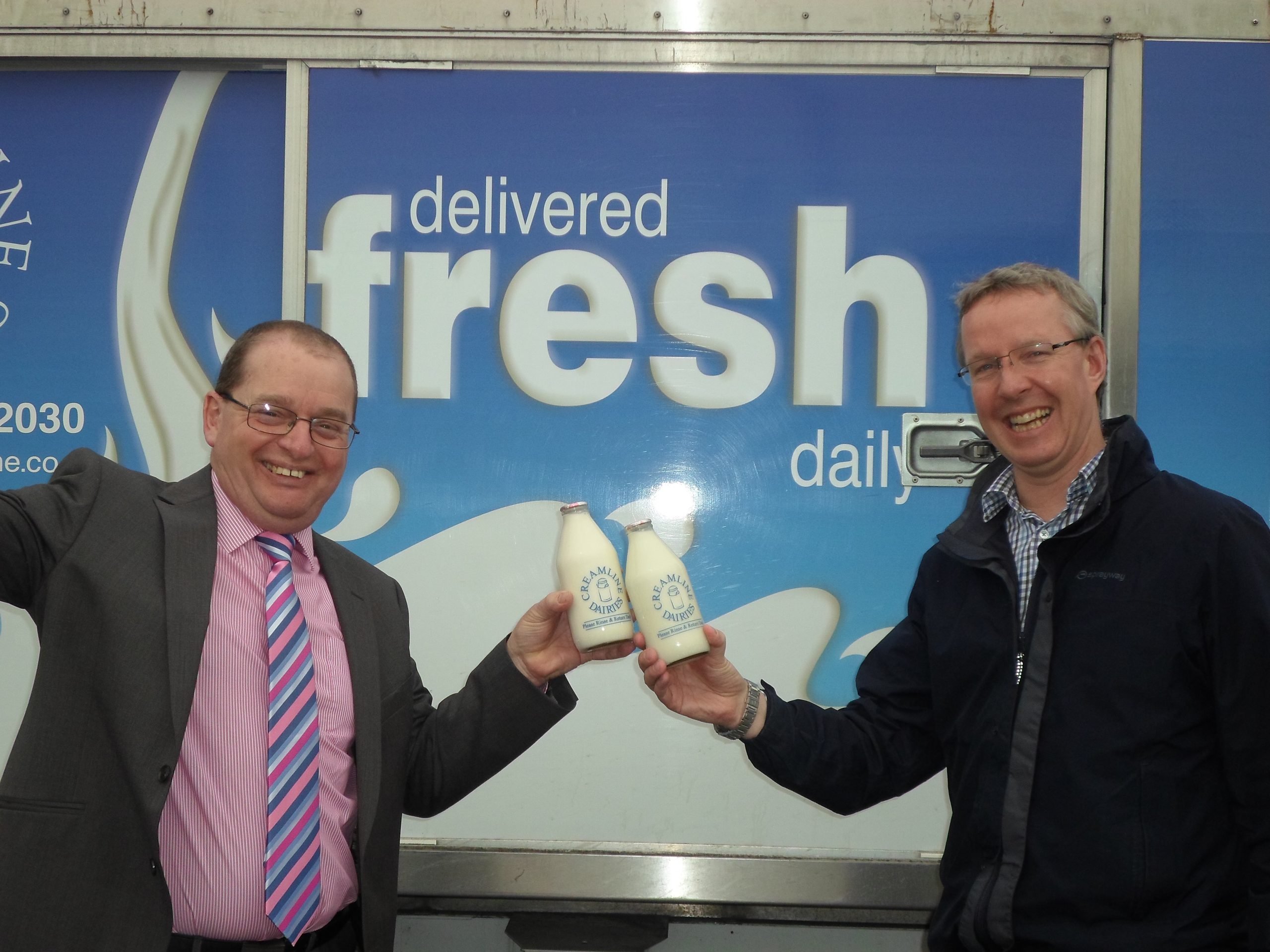 Creamline Dairies (www.creamline.co.uk) – the long established, Trafford based family company – continued to show its support for Cheshire farmers by sponsoring the show’s principal sponsorship of the main ring, for the second year running.

Pulling out all the stops for the two day event, Creamline is planning new and exciting eye-catching activities to engage visitors.   Back by popular demand, celebrity chef Nigel Brown will be treating the crowd to a series of cookery demonstrations, using Creamline’s range of store-cupboard staples and previewing its fruit and vegetable range, which is set to be launched this autumn.

Visitors should also watch out for Creamline’s helpers – easily spotted in their stand-out cow print onesies – who will be sampling the dairy’s delicious produce and handing out goodies such as a selection of fabulous recipes to try at home.

Committed to supporting the communities it serves, Creamline has joined forces with the Cheshire Show, HSBC and the North West Farmers Trust, to introduce a bursary for Salford Primary schools to enjoy a Cheshire Show Experience.  In order to win, schools had to show their artistic side and suggest a name for Creamline’s pantomime cow – who will be making a guest appearance at the event.  Year 2 students from the winning St Paul’s CE Primary School will receive an exciting, hands-on day at the countryside event.

Commenting on the Creamline Dairies sponsorship, joint MD Chris Swallow said, “We’re delighted to return to this year’s Cheshire Show as principal sponsors of the main ring, after such a successful event last year. It’s a great way of meeting local people, Cheshire farmers and existing customers. We’re also looking forward to welcoming the bursary winning school children and introducing them to all the show has to offer. We hope as many people come along to the Creamline stand as last year as I’m sure we’ll have plenty to offer the crowd.”

Passionate about providing local produce for local people, Creamline has reduced milk miles to within a 30 mile radius of their Greater Manchester headquarters. Its online delivery service supplies thousands of homes and hundreds of independent milk businesses throughout the North West with fresh milk and store cupboard essentials.

Making morning mayhem caused by empty fridges and bare store cupboards a thing of the past for Greater Manchester and Cheshire families, Creamline’s service means that online orders placed by registered customers by 9pm will arrive in time for breakfast.

Nigel Evans, Executive Director of The Royal Cheshire County Show, said: “We’re thrilled to see Creamline return to the show as principal sponsors of the main ring and look forward to seeing what treats they have in store this time around. Cheshire is a county of fine produce, something that Creamline strongly supports and their stand is sure to be one of the most popular attractions for the 80,000 visitors we are expecting over the two days.”