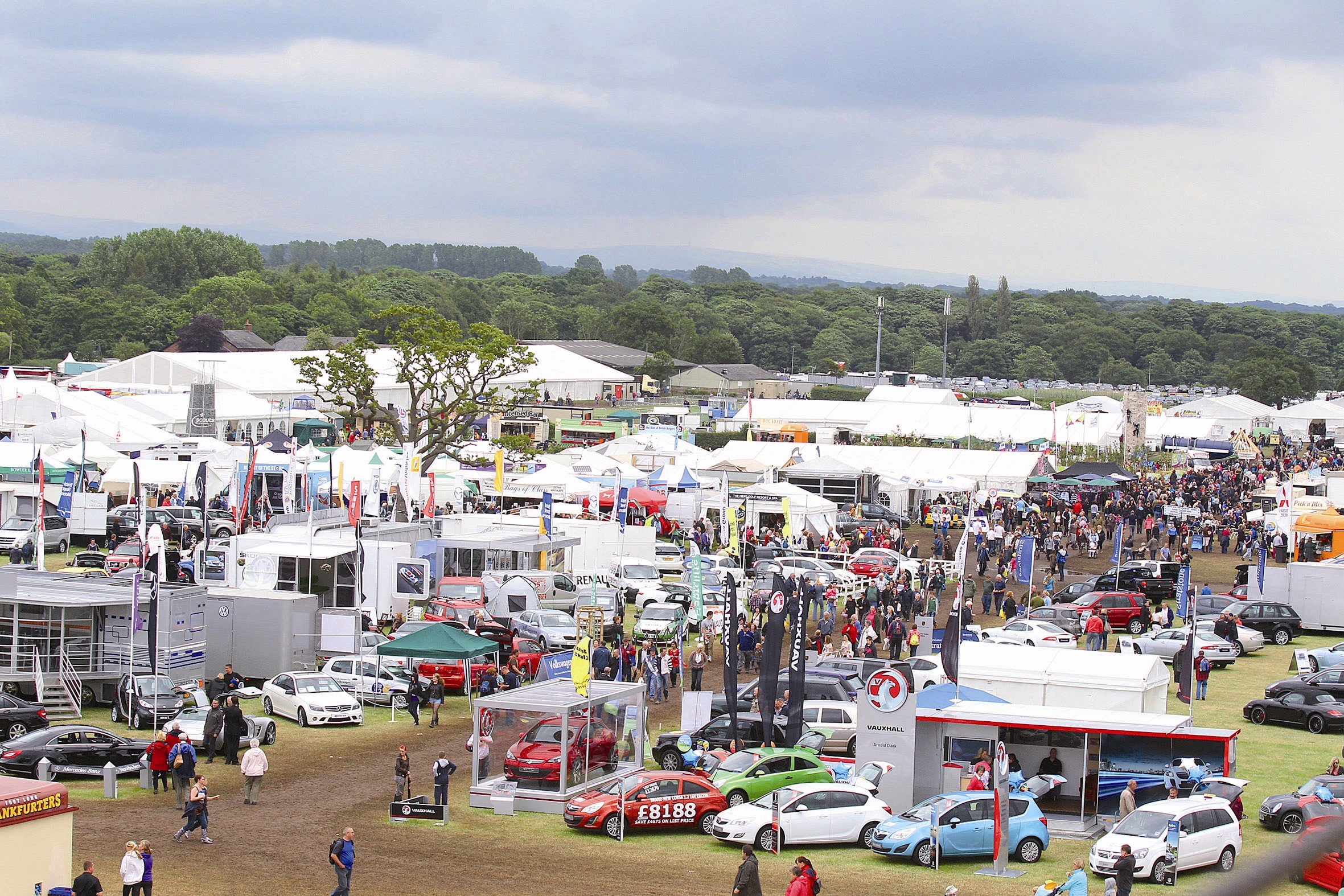 Organisers are counting down to what promises to be yet another action-packed The Royal Cheshire County Show on 23rd and 24th June at Tabley Showground near Knutsford.

Following the success of last year’s event, an even bigger and more spectacular show is in the planning with more than 80,000 people expected to visit over the two day extravaganza.

Once again, Cheshire’s rich farming history will be the show’s focus with many animals including livestock, poultry, light and heavy horses, rabbits, guinea pigs, pigeons, dogs, goats and a number of rare breeds.

There will also be thousands of livestock, horses and dogs in competition.

Food lovers will also be able to sample culinary treats from more than 100 local and regional producers in the two Roberts Bakery Food Halls, which will also feature the Roberts Bakery Live Theatre, showcasing the culinary skills of a host of celebrity chefs.

Once again, the Sainsbury’s Agri-Centre will also be keeping the show’s agricultural heritage alive as members of the county’s farming community demonstrate the methods used to get food onto the supermarket shelves.

The Village Green, sponsored by Robinsons Brewery, will offer visitors a place to unwind with music performances from the Wilmslow Rock Choir, Jeepers Jazz, and the Sandbach and District U3A Brass Band along with many others.

Tony Garnett, Chairman of The Royal Cheshire County Show, said: “It has been amazing to see how much the show has grown in recent years to become one of the biggest county shows in the country and this year will be no exception.

“As always, we will have something for everyone, whether that’s the animals, mouth watering foods, shopping, trade stands, competition, or just the great atmosphere, we can guarantee a fantastic day out in the glorious Cheshire countryside.

“As Chairman of the show, I would like to thank our sponsors, organisers and those taking part in the various shows, demonstrations and events as, without them, it would not be possible.”