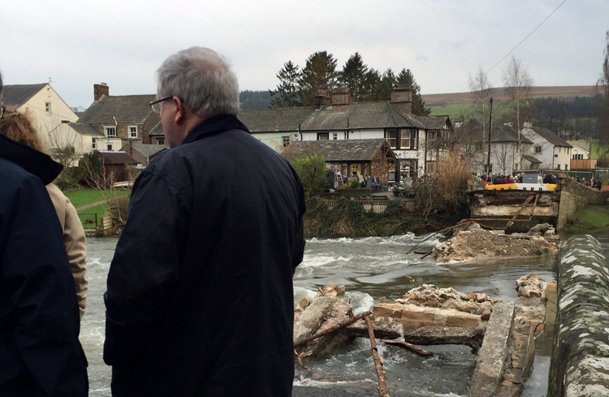 Like so many people across the nation, The Royal Cheshire County Show (CSS) team watched in horror at the devastating effect of recent flooding in Cumbria.

We were saddened to see the losses of property, stock, infrastructure, livestock and crops suffered by farming communities as a result of Storm Desmond at the start of December.

Most of all, we were saddened by the loss of human lives. Our thoughts have very much been with the family and friends of those people.

To assist in the recovery effort – which will extend into the years ahead – The Royal Cheshire County Show has decided to support a charity with which it has had a long association.

The Farming Community Network (FCN) and its volunteers work tirelessly throughout the year to support farmers, farming families and agricultural communities.

On its fundraising page, the FCN writes: “Long after the water has drained away, FCN will be providing long-term practical and pastoral support to all farmers who have been affected by the devastating floods in Cumbria.”

Nigel Evans, Executive Director of the Cheshire Agricultural Society, said: “The people at the FCN are tireless advocates of the farming and agricultural communities which The Royal Cheshire County Show aims to support and it is for this reason we urge you to support their appeal also.

“We have seen first-hand the importance of the work of our local FCN branch and it is in that spirit that we extend our support to the FCN team in Cumbria.”

The Farming Community Network is accepting donations for its Cumbria Flood Appeal here.

To find out more about the FCN, visit its website.