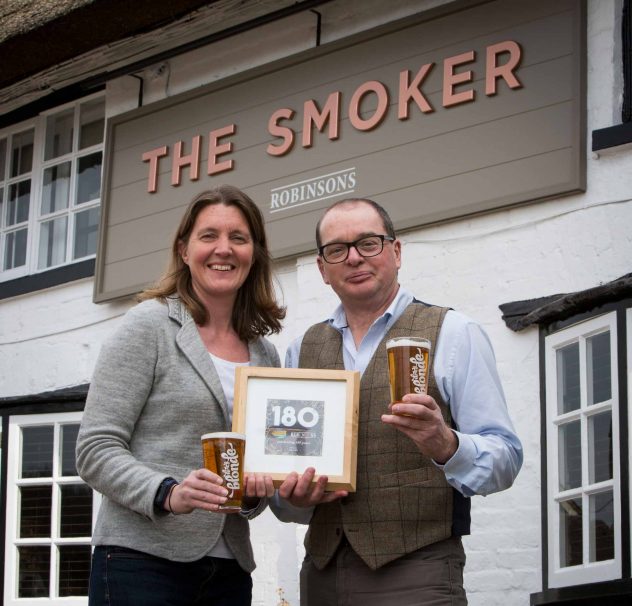 2018 marks an exciting year for two long-standing Cheshire institutions, the Cheshire Agricultural Society and Robinsons Brewery, as they both celebrate 180 years of history. It is therefore with great delight that The Royal Cheshire County Show announces that Robinsons Brewery will once again hold the position of Principal Partner, sponsoring the popular Shire Horse section.

The connection with shires dates back over 100 years, when they were employed to deliver the traditionally brewed ales to inns and hostelries across the region. Today, the brewery still owns heavy horses, Bobek and Mojo, and they remain the few remaining Shires in the British brewing industry. Robinson’s Shire horse, Mojo, recently took the honors at this year’s prestigious National Shire Horse Show; making Mojo officially Britain’s best Shire horse!

Cordelia Robison, Events Manager and Company Photographer from Robinsons Brewery, said: “We’re delighted to be holding the position of Principal Partner for the Royal Cheshire County Show once again, and are extremely excited to be sharing our celebration of 180 years of history with the Cheshire Agricultural Society. We will be selling our celebratory beer, 180 at the Cheshire Show on the 19th and 20th June, and will also be bringing out award-winning Shire horses Bobek and Mojo, to compete throughout the day. We look forward to welcoming everybody to the show and can’t wait to celebrate our special milestone of 180 years.”

To mark their 180th anniversary, Robinsons are brewing a commemorative beer, 180, that will be available to sample at The Royal Cheshire County Show, from the 19th-20th June 2018 from 8:00am-6:00pm at their stand, located close to the Shire horse ring. A richly flavoured classic golden IPA, the full bodied rich malt character showcases the best of Robinson’s brews. The show will also provide ample opportunity to see the best Shire horses in the UK compete on both days of the event, as well as sampling brews and purchasing take-home gift packs from Robinsons Brewery. The heavy horse section includes over 20 classes from yearling breeding to tradesman’s turnout classes, featuring driving pairs in full traditional kit across both days, promising a spectacular show.

Nigel Evans, Executive Director of The Royal Cheshire County Show said: “It is a great pleasure to share the Society’s 180th anniversary with such a staunch supporter of the show as Principal Partner of the Shire Section, Robinsons Brewery.  Robinsons production of a special commemorative beer to celebrate this great anniversary will enable those that attend the show to raise a glass and say ‘cheers’ to two success stories!”

The 2018 Royal Cheshire County Show is set to be a show to remember with popular attractions returning and new ones arriving. The heavy horse section is set to provide breathtaking performances and should not be missed!